You are here: Home / Meet the Team

We are a friendly and reliable bunch who know their stuff. Find out more about us below or give us a call for a chat. We look forward to hearing from you. 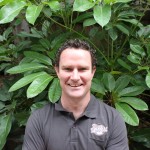 Ryan is the owner/operator of Ryan Manfield Plumbing since 2002. He grew up in Avalon in the Northern Beaches of Sydney where he completed his apprenticeship after spending time playing baseball in Alabama USA. Ryan is married to Lauren and has 3 beautiful kids. 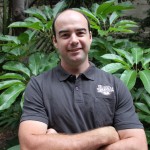 James is married, with 2 kids. He grew up in Gundagai NSW and moved to Sydney in 2000. In 2008 he ventured into the Plumbing trade and commenced working with Ryan Manfield Plumbing in 2014. He enjoys spending time with his family and has a strong interest in sports such as Rugby,Cricket and Thoroughbred Horse Racing. 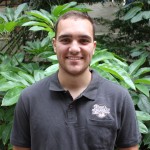 Paul commenced working with Ryan Manfield Plumbing in 2013 and has enjoyed learning new skills and techniques. He started his plumbing career as a school based apprentice in 2011. He has lived on the Northern Beaches of Sydney most of his life growing up in Forestville and now lives in Davidson. In his spare time he loves to head out to the Hawkesbury River and go water skiing with friends and family. When he is not on the Hawkesbury River or working you will find him somewhere on the east coast of Australia traveling Water Ski Racing which keeps him very busy and very active.

Ryan would still be using handwritten paper invoicing if it wasn’t for Lauren. She grew up in the Western Suburbs of Sydney, where she completed her degree in Office Administration and Business Management (Human Resources). She moved to the Northern Beaches after meeting Ryan and is enjoying her role as mother, wife and office administrator at Ryan Manfield Plumbing.

For an obligation free quote simply complete the Request a Quote form below and we will be in contact with you by the end of the next business day.

What our clients are saying…

We have been using Ryan Manfield plumbing to carry out all our plumbing maintenance work for our 600 residential properties we currently manage  here at Cunninghams Property for the last 7 years. During this time we have found Ryan Manfield and his team of plumbers to be incredibly efficient, … END_OF_DOCUMENT_TOKEN_TO_BE_REPLACED

Ryan Manfield Plumbing has been servicing the Northern Beaches of Sydney since 2002. During this time the business has expanded … END_OF_DOCUMENT_TOKEN_TO_BE_REPLACED